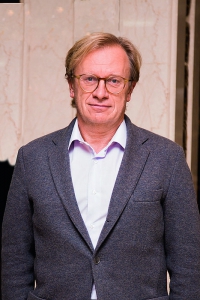 In March 2015, Boris Belotserkovsky, the head of the UVENCO Group, was re-elected for a three-year term as the president of the Russian National Vending Association.

“The Russian vending industry has undergone substantial changes since 2010. The popularity of the National Association indicate formation of a civilized business environment,” attests Boris Belotserkovsky, the RNVA President.

The RNVA actively collaborates with the legislative bodies of the Russian Federation. For example, a bill introduced last December in Moscow exempts vending retail from municipal trade tax. The RNVA also plans to develop and implement optimal accounting guidelines for vending machines sales.

The RNVA continues to lobby for installation of vending machines throughout Russia’s capital as part of its “Vending within Moscow” project with the Department of Trade and Services of the Moscow City Government.

The RNVA is a member of the international vending community. In 2013, Boris Belotserkovsky was elected to the Executive Committee of the European Vending Association. His main objective as executive director is consolidation of national associations in Europe. In September 2014, the EVA executive committee meeting hosted for the first time by the RNVA welcomed the representatives of Europe’s largest national vending associations in St. Petersburg, Russia.

“In our work, it’s important not to break the momentum. Advancing and perfecting the vending industry is our daily task,” notes Boris Belotserkovsky, the RNVA President.